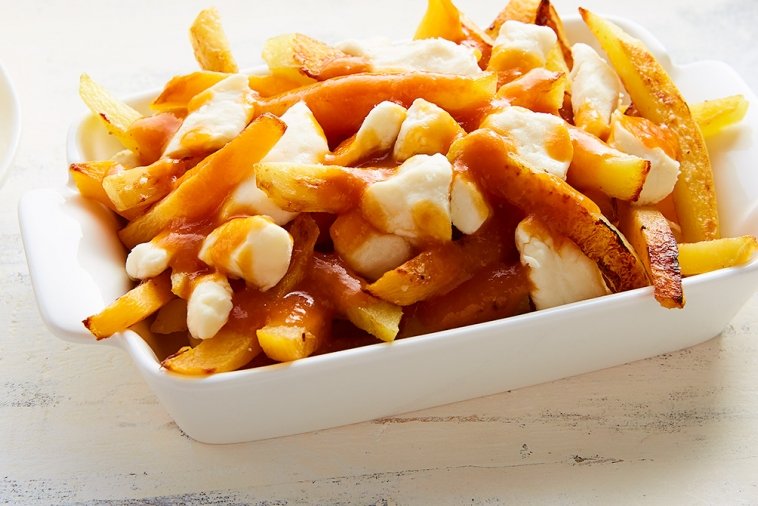 Welcome to our series on popular Canadian food. So we have to start with the best of the best! Poutine!

Poutine is a French fries, cheese curds, all covered with a brown gravy meal that is very popular in Canada.

It first appeared in the late 1950s in the Centre-du-Québec region of Quebec, Canada. Its origins like most food are unknown. There are various competing claims as to who created the dish.

For many years, it was used to ridicule Quebec people who ate it. Some even used it to stigmatize Quebec society. A popular etymology is that poutine is from a Québécois slang word meaning “mess”.

Today though, Poutine has become a symbol of Québécois culture, the province of Quebec, and Quebec cuisine. Over the year poutine has increased immensely in popularity has spread across Canada (and some would say the world).

How to Make a Poutine

The recipe for poutine is not very complicated. There are only 3 ingredients after all. But the quality and choice of these ingredients do matter.

The type of French fries you should use are medium-thick fries. They should be fried so that the inside remains soft while the exterior crisps. This difference in texture will matter when adding on the cheese and gravey. 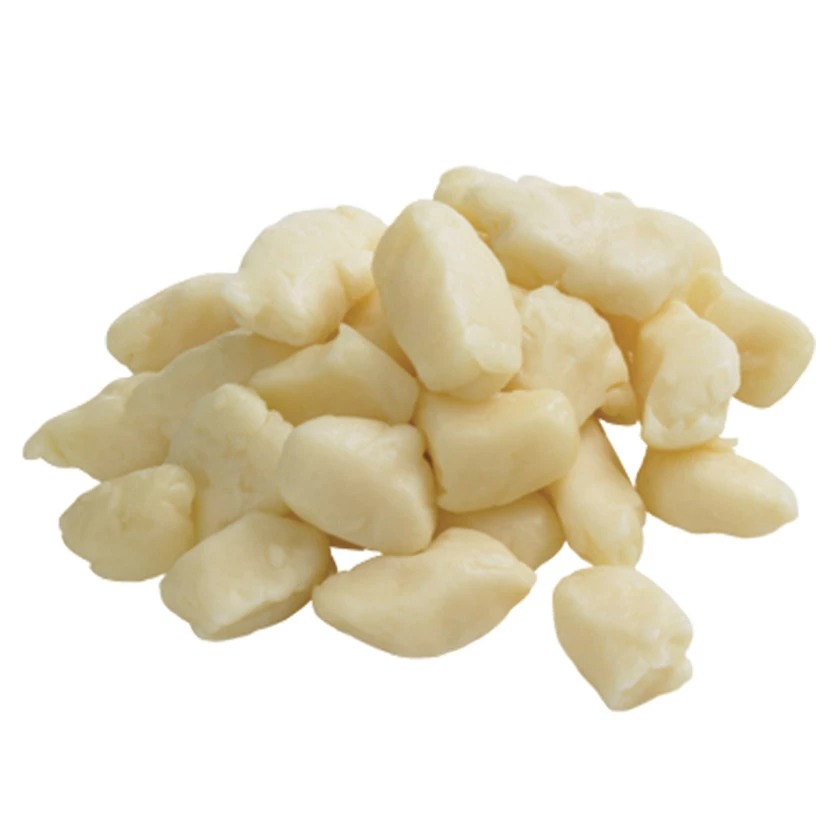 To get the desired texture, fresh cheese curds are the best choice. The amount of curd used varies, as does the size of the curd. You do need cheese curds though, it is not quite a poutine if you were to just use shredded cheese!

Brown gravy is a light, thin chicken gravy that is somewhat salty and moderately flavored with a hint of pepper, or a sauce brune, which is a mixture of chicken and beef stock.

This is the recipe for a classic Quebec poutine.

There is also the option of instant Poutine sauces (mélange à sauce poutine). These are marketed in jars, cans, and powdered mix packets in grocery stores throughout Quebec, Ontario, and the Maritime provinces located with the typical store spices.

Certain grocery chains have their own house-brand versions and several local Canadian stores also have a version available.

It is frequently asked if you can make poutine with vegetarian gravy. Of course! It won’t be traditional but it is still delicious. Vegetarian gravy is available in many stores and restaurants as an alternative poutine choice. 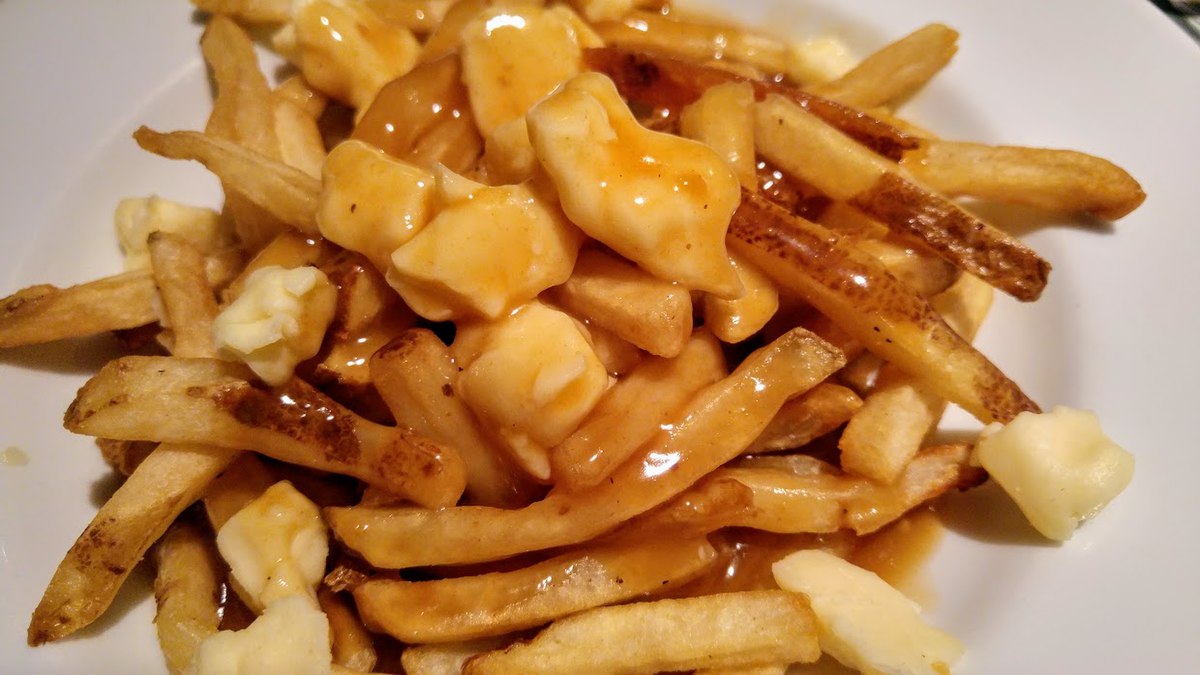 As you eat poutine, everything about it changes! The hot gravy will sink more into the fries. They will turn from a crispy crunchy fry to a mushier one. The cheese curds will also slowly melt allowing for some gooey string cheese tastes!

Superior poutines are distinguished by the crispiness of the fries, the freshness of the curds, and a unifying sauce, which accentuates these contrasts. Even minor differences in ingredients or preparation—the frying oil, the origin of the curds, or the spices in the gravy—can result in a significantly different poutine experience.

As the dish spread across Canada, it spread far away from its original Quebec origins. Pretty much any toppings you can think of can be put on top of french friends and be called a poutine. Crazy varieties now exist like

turkey, gravy, cranberries, stuffing, and a base of french fries and cheese curds. 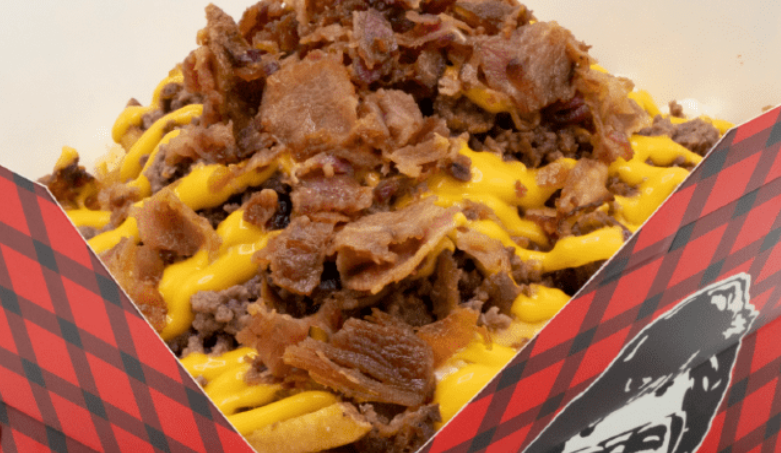 As you can see you can basically take any other meal, put it on top of some french fries, and call it poutine.

Several restaurants in Canada serve poutine because it is so popular. McDonald’s, Burger King, Wendy’s, and Harveys for example all have poutine on the menu.

Other locations do not have them, but most locations in Canada will offer you the ability to upgrade your fries with any meal into a tasty poutine treat.

Final thoughts on Poutine The Most Famous Canadian Food

Poutine is the most popular Canadian food. Americans think it is weird.  This is because most Americans have never heard of or eaten cheese curds which is a core part of the original dish. It has evolved to be one of the most popular dishes in Canada.

It sure is a tasty dish though!