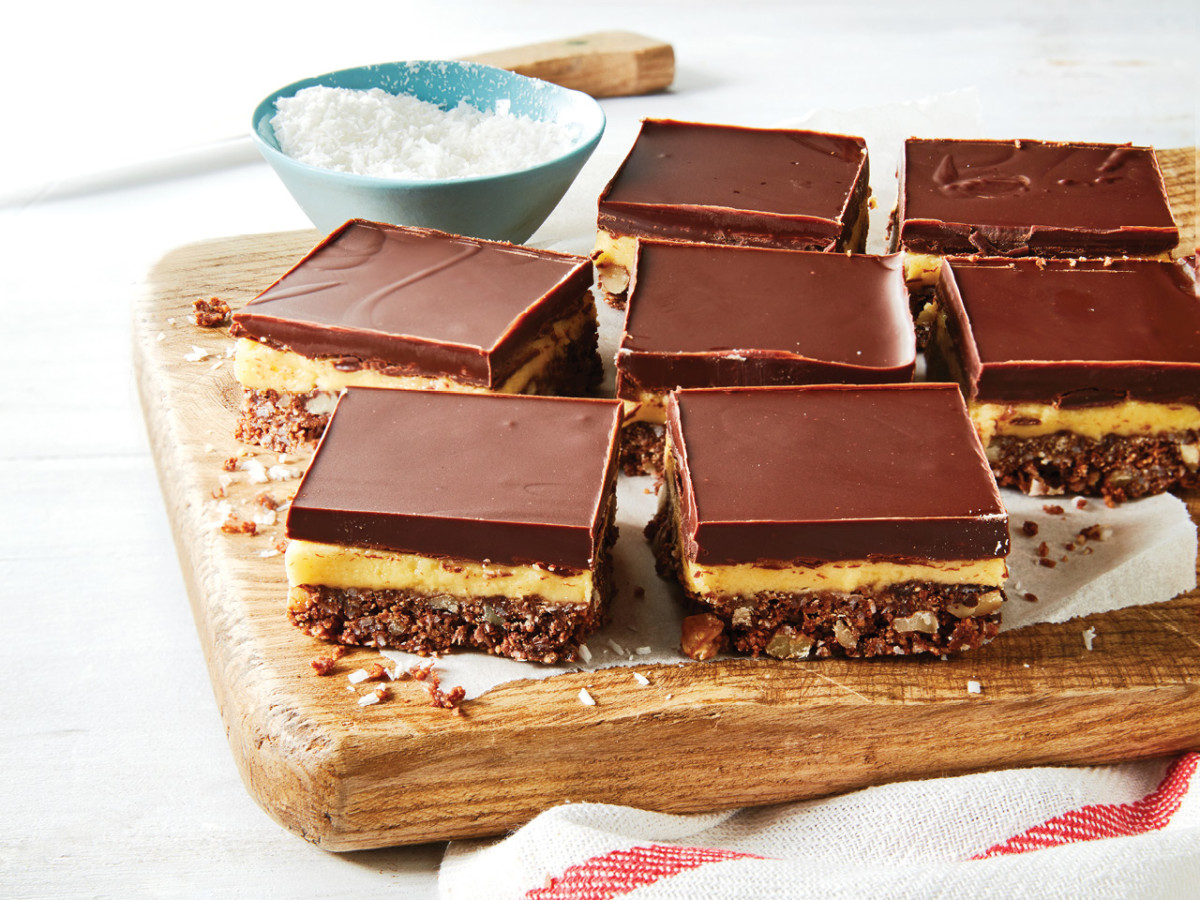 This dessert treat does not require baking.  It is named after Nanaimo, British Columbia. It has three layers: a wafer, nut (walnuts, almonds, or pecans), and coconut crumb foundation, custard icing in the middle, and a chocolate ganache layer on top. There are many different types of crumbs, different types of icing (such as peanut butter or coconut, mocha), and different types of chocolate used in the recipe.

The popularity of Nanaimo Bars In Canada

The bar’s popularity in Nanaimo led to it being named “Canada’s Favorite Confection” in a reader poll conducted by the National Post.

Mayor Graeme Roberts started a contest in 1985 to determine the best Nanaimo bar recipe. A panel of judges unanimously chose Joyce Hardcastle’s recipe, which she submitted from Nanaimo.

After being featured as a traditional Canadian treat at Expo 86, the Nanaimo bar became well-known across the country. Every province and location in Canada now shares a version of the recipe with small changes depending on the location. 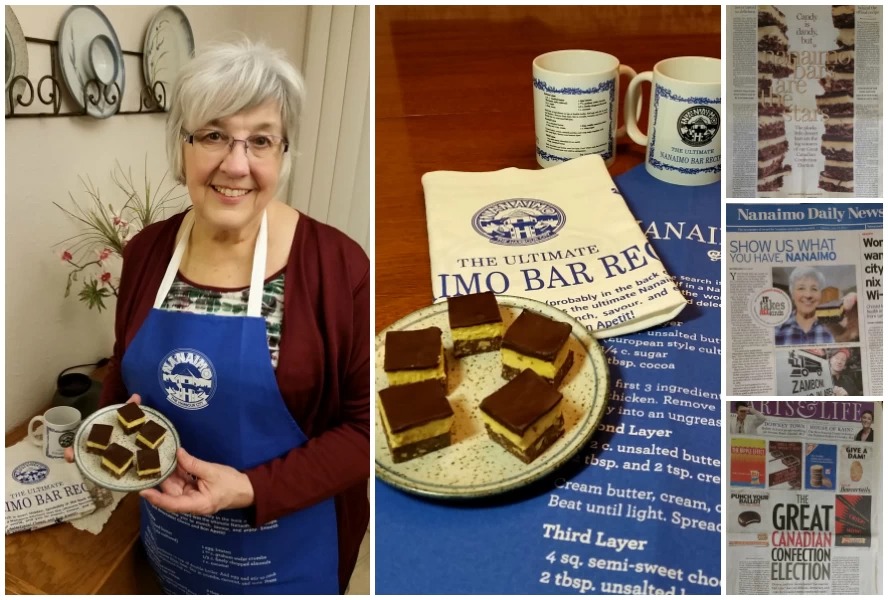 Similar dessert recipes can be found throughout North America and Europe, under various names. The term “Nanaimo bar” is a Canadian term that may be found in the Canadian Oxford Dictionary.

An elimination challenge from the first season of the television show MasterChef Canada included competitors making desserts inspired by Nanaimo bars, which were picked from three Canadian sweets as the choice to prepare. It was a good show and you should watch it if you can. 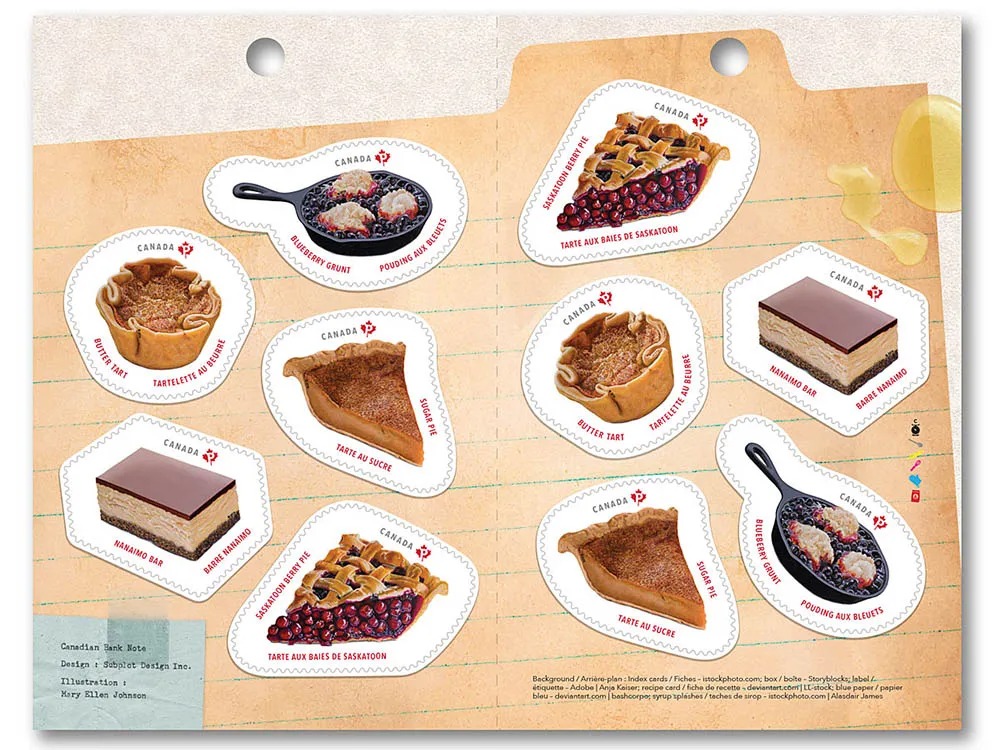 The issuance of a set of postage stamps themed to Canadian desserts and sweets was announced by Canada Post in April 2019. Images of the Nanaimo bar, butter tart, Tarte au sucre (sugar pie), blueberry grunt, and Saskatoon berry pie can be found in the 10-stamp booklet. The stamps were advertised by Canada Post as “fun-shaped,” and the stamp booklet resembled a recipe card. The proportions of “the crumbly base, the custard filling, and the chocolate ganache icing” in depicting the Nanaimo bar on the stamp were criticized.

Melt the first 3 ingredients on top of a double boiler. Add egg and stir to cook and thicken. Remove from heat. Stir in crumbs, coconut, and nuts. Press firmly into an ungreased 8″ x 8″ pan.

Melt chocolate and butter over low heat. Cool. As the chocolate beings to cool,(but still not set) pour over the second layer and chill in the refrigerator.

That is it you are done and can enjoy your tasty Nanaimo bars.

We hope you enjoyed this bite-size bit of Canadian food history! Yum yum Nanaimo bars, do you love or hate them?

Poutine The Most Famous Canadian Food